In view of the situation of the COVID-19, the following measures are put in place at Canon Hong Kong offices, Canon Business Experience Center, Canon Customer Care Center and Canon Image2 showroom:

We apologize if the above measures caused any inconvenience. 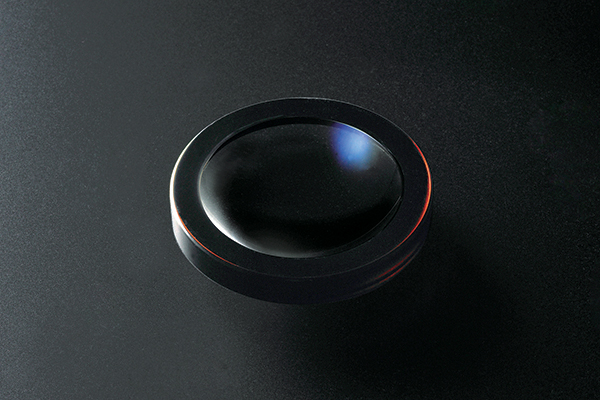 Lens surface coatings are thinner than visible wavelengths of light. Known as ‘evaporated film coating’ due to the use of an evaporation technique for depositing the coating on the lens surface, ultra-thin coatings repress reflections on the lens surface, boosting the light penetration efficiency with the aim of minimizing ghosting and flare. However, the anti-reflective properties of evaporated film coatings tend to decrease when the incident angle of entry and exit becomes greater. Demands for greater imaging performance have created the need to admit light under ever-stricter conditions, but with evaporated film coating unable to adequately prevent reflection, the development of new optical arrays had technically reached an impasse.

Newly developed SWC (Subwavelength Structure Coating) is a technological breakthrough that expands the limits of anti-reflective film coatings. This technology makes it possible to control flare and ghosting even on lens surfaces that previously did not benefit from any anti-reflective effect from evaporated film coating. The principle of the anti-reflective properties of SWC is based on continuous variation of the refractive index. Reflections off the lens surface are caused by the differential between the refractive indices of glass and air. The insertion of a layer with a continuously varying refractive index between the glass and the air minimizes reflections and causes light to pass smoothly from the air through the glass or from the glass through the air.

The key to this principle was discovered in nature. The eyes of a fly consist of minute convexo-concave protuberances on a nano-scale. This structure forms a layer with a low refractive index, effectively preventing reflections. Based on this principle, Canon technicians performed countless trial and error experiments to form a layer on the lens surface at nanometer* scale, resulting in this revolutionary coating technology. Specifically, an approximately 200-400 nm cuneiform structure on the lens surface, smaller than the visible wavelength of light (approx. 400-700nm) is deposited evenly across the lens surface with the protruding portions exposed to the air. This structure creates a gradual variation in the refractive index from the tip of the coating structure to its base, effectively absorbing incident light and guiding it through the lens surface. This revolutionary technology has its first application in the EF24mm f/1.4L II USM, creating a new frontier in wide-angle lens performance.

*1nm=1 millionth of a millimeter