White light is a mixture of various successive wavelengths of light (red, green, blue, etc.). Because the refractive index varies according to the wavelength, lenses made with regular glass are not able to focus all the wavelengths on a single point on the image plane and the shifted wavelengths appear as color fringing in resulting images. This color fringing – called chromatic aberration – has long been the Achilles heel of lens performance. As part of ongoing efforts to correct chromatic aberration, Canon successively developed and implemented fluorite, UD, and Super UD lenses. Now, aiming to achieve ideal correction of chromatic aberration, Canon has developed BR (Blue Spectrum Refractive) optics, delivering anomalous dispersion characteristics equal to or surpassing fluorite. 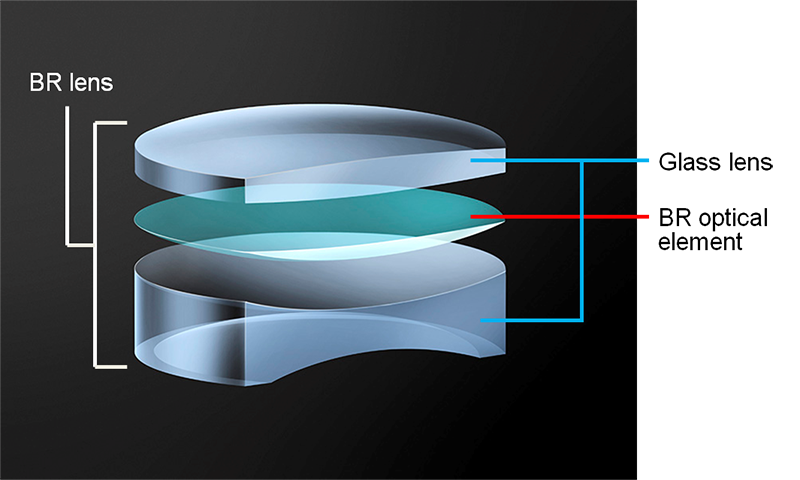 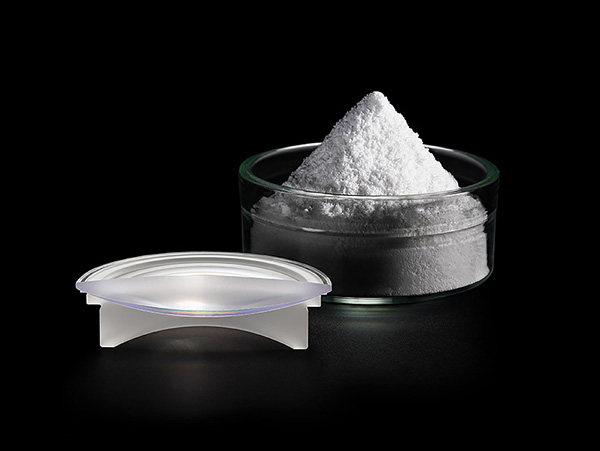 Cause of Chromatic Aberration

White light is composed of a mixture of light of various wavelengths (red, green, blue, etc.). Since the refractive index varies according to wavelength, it is not possible to get all wavelengths of light to focus on a single point on the image plane by normal glass material. This appears as color fringing in images, and is called chromatic aberration.

By reviewing lens materials from its molecular design, Canon succeeded in developing a unique lens material using organic optical material as its raw material – the Blue Spectrum Refractive Optics (BR Optics). BR optics is characterized by its ability to greatly refract blue light (short wavelength spectrum), a wavelength that, until now, had proven particularly difficult to converge to a specific focal point. 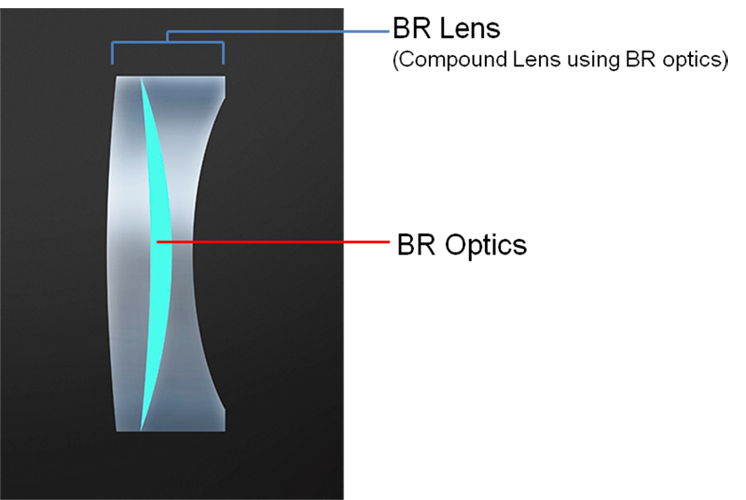 To utilize BR optics as camera lens element, a BR Lens is formed by sandwiching the BR optics between a convex and concave glass lens element. As a result, a greater standard of correction has become possible and superior imaging performance has been achieved even for lenses that were impossible to correct for chromatic aberration using conventional technology. 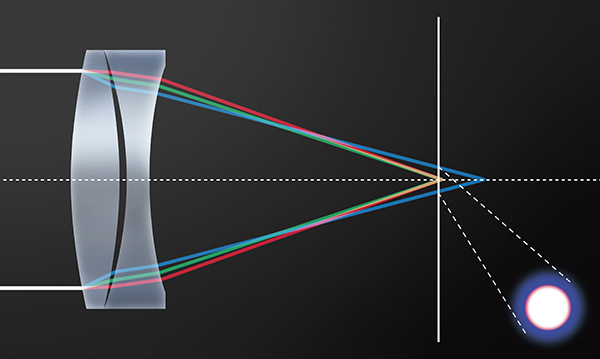 Merely combining convex and concave lenses will not correct blue wavelengths refraction and the shifted focal point will appear as blue color fringing. 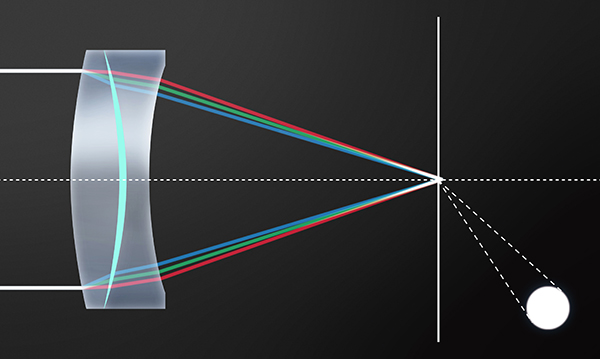 Since a BR lens can greatly refract blue light (short wavelength spectrum), placing it between a concave and convex lens allows all visible light wavelengths to be focused onto a single point.

By incorporating a BR Lens, the it achieves a correction amount of chromatic aberration in large-diameter lenses not previously possible for significantly reduced color blurring, even at wide open aperture. 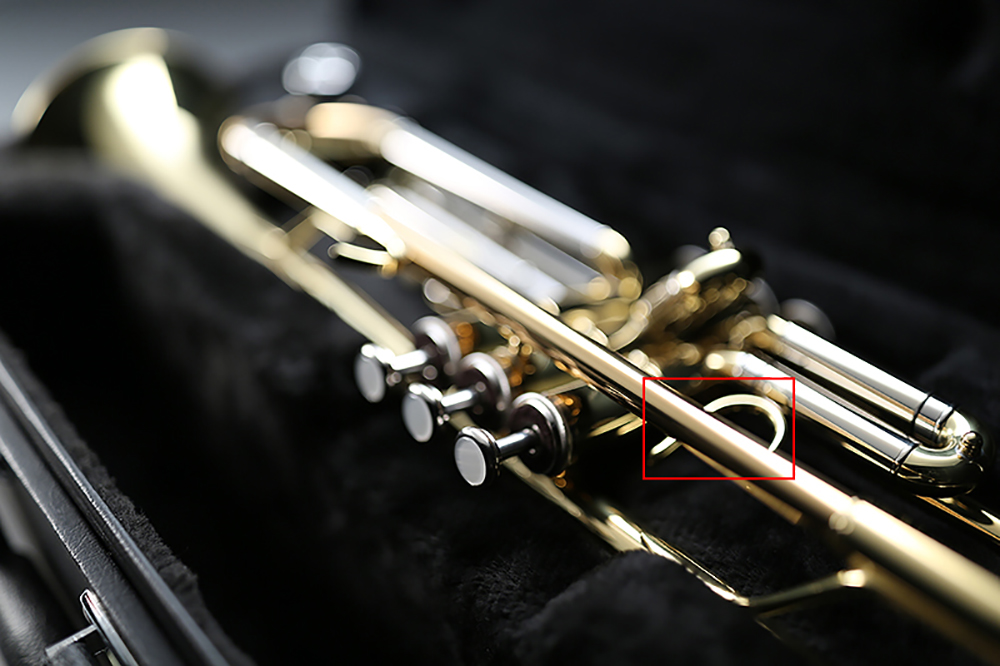 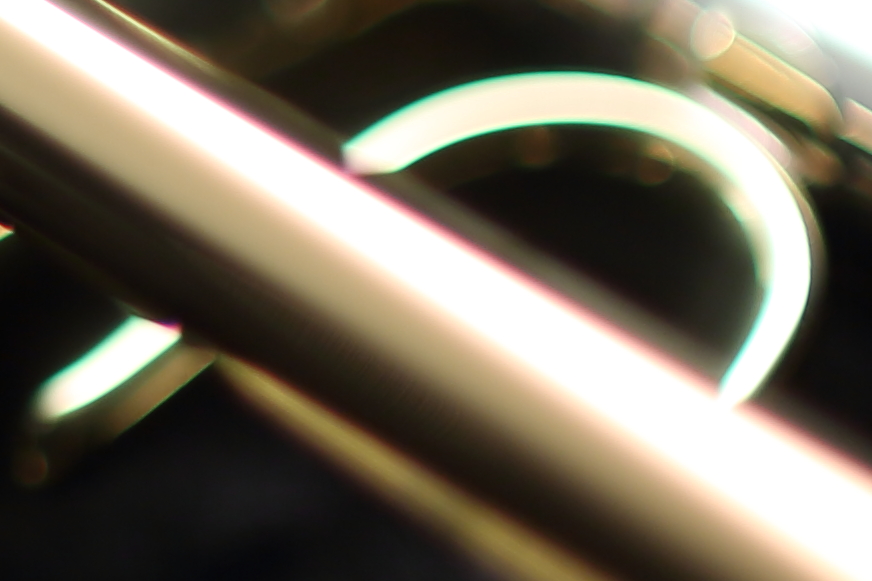 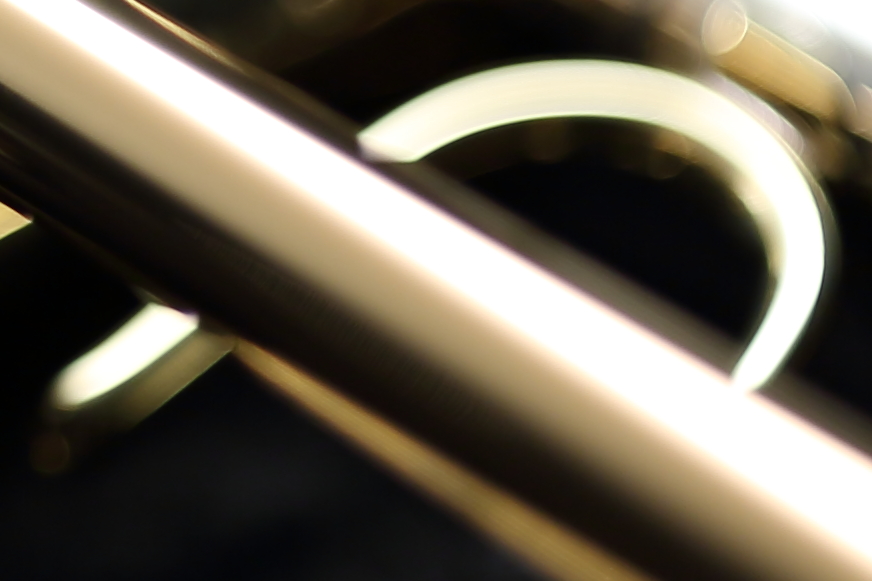 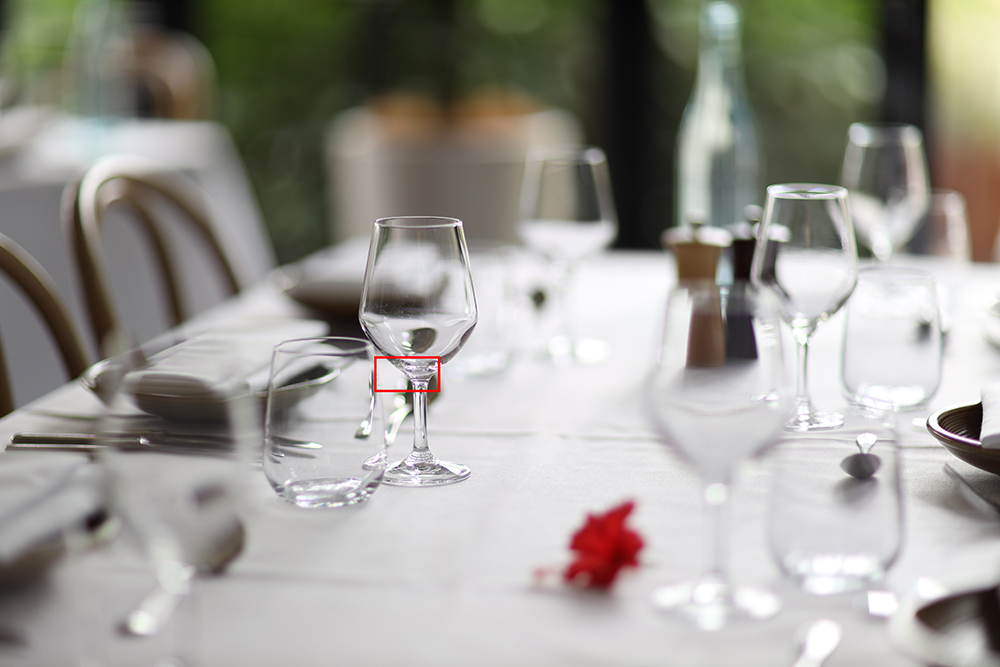 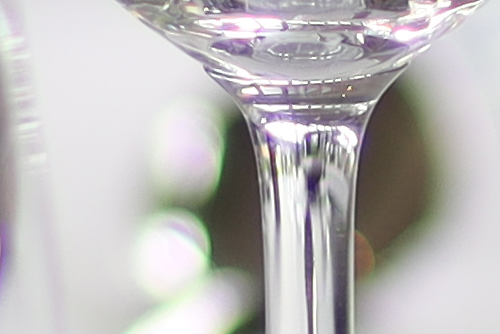 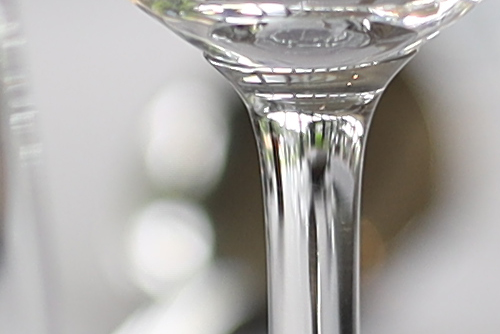 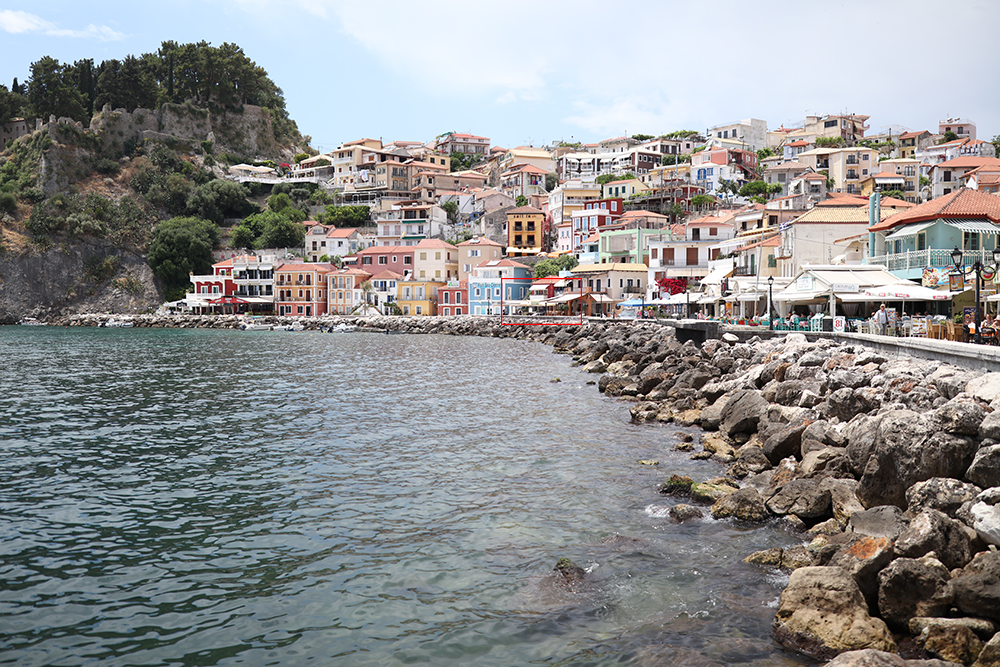 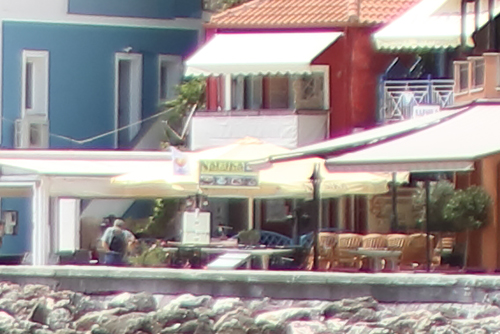 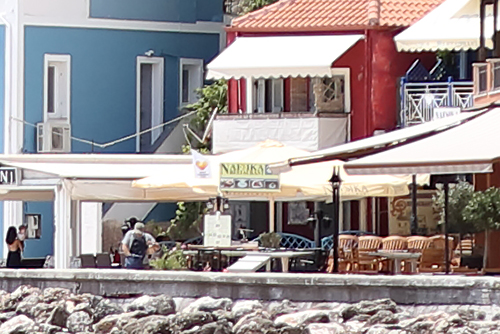 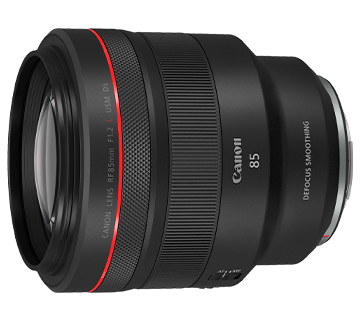 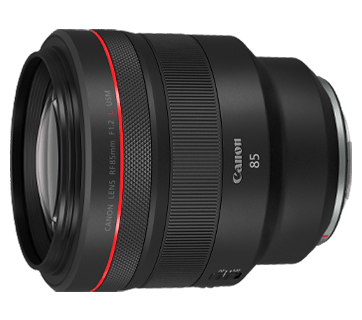 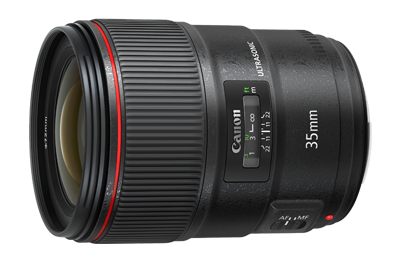 View Photo Library
Back to top